We have a great set of potential logos -- thanks for this Carlos! Carlos, I just now saw that you already "lightened" them. This looks very good!! From my side feedback:

NOTE: we can't (yet) upload attachments here, but if you have any new ones perhaps you can upload to GDrive or similar? 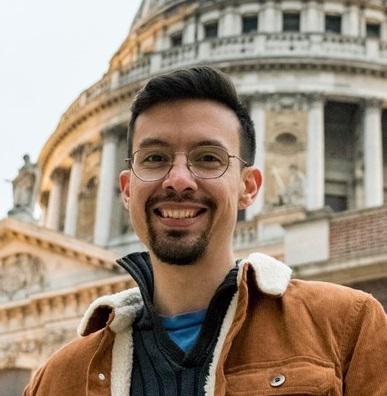 Task was assigned to Carlos Soto

Hi Carlos! I forgot one more point... after the current logos are done, could you also look into a new logo for our seminar series?? The current website is here. However, this site will also be transformed into a project-site, so a logo that is in line with the other ones would be ideal! The name I think should be:

The Metabolism of Cities
Seminar Series

Hey Paul,
I have uploaded most of the logos. But I dont know how to do it with the following projects sites (because the structure of the site looks different and I cannot login as I do on the others:

-The MFA tool
-The Learning Center (which I guess is the Course?)

For those two sites, I must still actually set up the sites themselves in the new platform so those two will have to wait a bit, but great to have them ready. It's also nice that the different sites that are related have similar colors, which helps so we don't have a crazy amount of different colors yet still have some variety.

Let's see if people have feedback but I'd say this is really shaping up nicely! Also, let me know if you are able to make that other logo --- doesn't need to be today as the site is still under construction, but it will be nice to have when it goes live as well.

The logos are coming together! Cool :)
Something that I'm not 100% convinced of are the font and the color. If I remember correctly, there was an issue with the font being licensed or something? As for the color, with the logos being entirely white in the community hub for example and without the original circle drawing, we loose all MoC identity, especially as our original logo is nowhere to be found at the top of the page and at the bottom we have the wrong logo atm. Therefore, I'd suggest to reintroduce the orange and/or black, which is quite a strong combination in our current logo or perhaps it only looks so good against a white background, I don't know.


I'm not settled for any of this and I suggest that we play around with it for a bit, but at the moment it is quite bland and MoC-identity less... :-/

Hey I just read this,
Catching up:
About the font: The font that I used is called 'Trueno', it's royalty-free and it is quite similar to the original logo (hard to notice the differences). So, no font problems there.
About the colours, most logos (in general) have 'all white' and 'all black' versions as basics. So technically, let's say that we are using the MoC's sub-logos in one of the allowed versions, considering the background colours we have here on the website (which is connected to the sort of colour coding by type initially suggested ), so maybe the variations of adding orange to some words or circles might work for the logos to be used on white background we could try that. But I was considering that those logos, when used on white background could have the colour related to the area of the project (If it is data, one of the blues, if it's on community, the red, and so on).

I understand your concern about the identity, but I personally think that the identity is kept from the moment we are actually using both the font and the circled arrows from the original logo, I don't know what the others think but from my point of view that is quite a strong connection already to the original branding.

Those are my thoughts,
Let's wait for more opinions and I'm up for attending the final consensus.

Kim prepared a very nice compilation about branding guidelines, we are also discussing some of the aspects there. Join us.