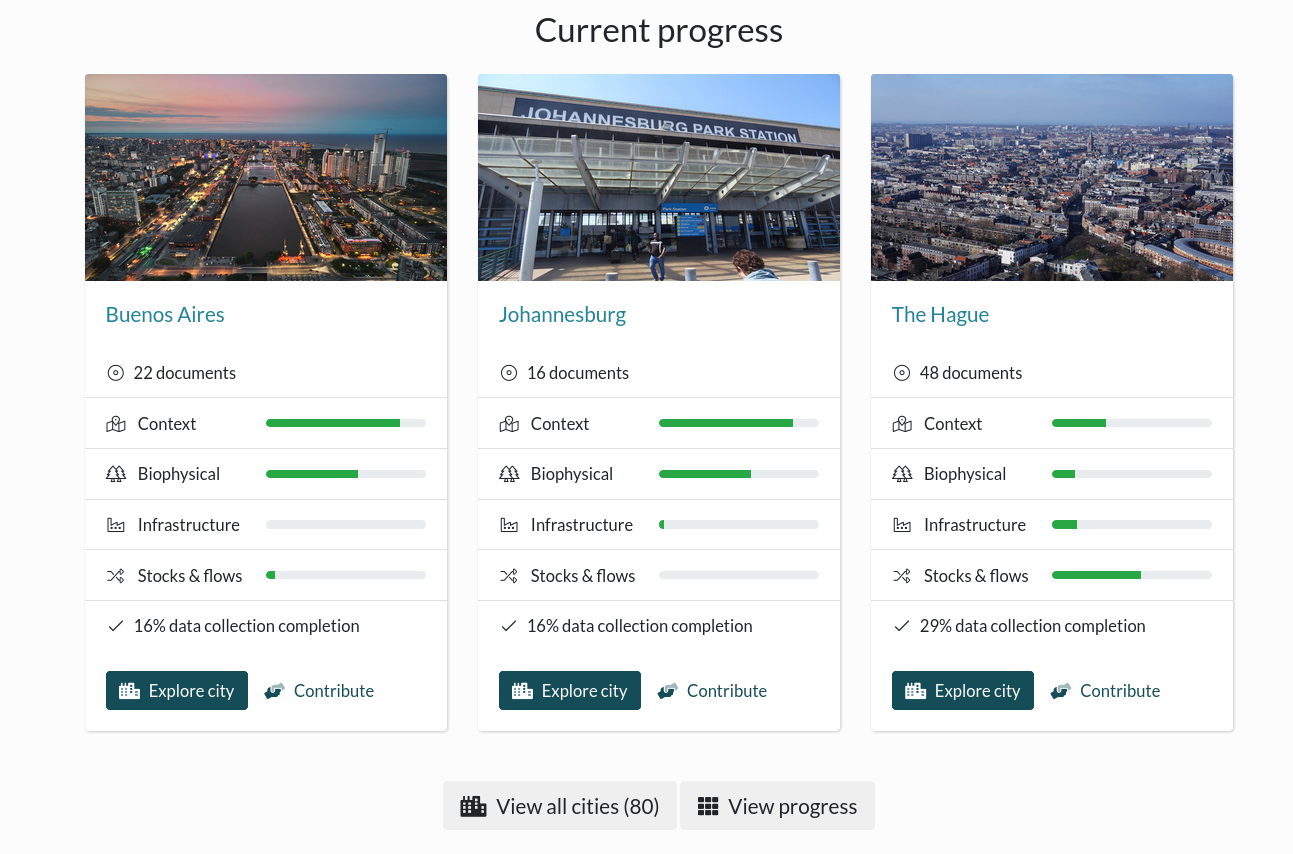 Two and a half years after launching the MultipliCity project, Metabolism of Cities now launched the next version of the online, open source data hub on urban metabolism.

What started initially as an exercise to collect data from academic papers in 2017 has slowly grown into a platform to crowdsource and centralise data on material flows, stocks, and other relevant parameters in the urban metabolism. With the MultipliCity project, Metabolism of Cities rolled out a prototype system for gathering, visualising and sharing urban metabolism data. This system was trialled over the past years by uploading data for a number of cities, and by sharing the system and gathering feedback from relevant users including colleagues from the sibling website Metabolism of Islands.

A number of lessons were learned from the initial data platform, and have led to some key structural changes in the new system.

Once sufficient data has been collected to provide a solid information baseline will the next phase be rolled out. In this phase, Data Processing is the focal point. This entails reviewing, tagging, and properly storing all data and information loaded into the system in the previous phase. Metabolism of Cities plans to roll out another course to collaborate with participants that are enthusiastic about getting their own city online. This process is scheduled to start in September 2020.

In the last quarter of 2020, a number of tools and features will be rolled out to allow for Data Analysis. The exact make-up of those phase is still to be determined, but by using the information previously uploaded, and by combining the various types of information available (stocks, flows, demographics, economics, etc) there are many opportunities to obtain new insights and to find ways to translate these data into sources of information for policy making and monitoring.