Return to Metabolism of Cities
Mikkeli
Back

Description of the CORINE data:

CORINE Land Cover 2018 dataset provides information on Finnish land cover and land use on 2018, and its changes from 2012 to 2018. The data was produced as a part of EU Copernicus Land project.

The dataset has been produced in Finnish Environment Institute (SYKE), based on automated interpretation of satellite images and data integration with existing digital map data. The vector dataset was produced from raster data by generalization according to the CORINE 2018 project class definitions.

The nomenclature of the vector data has 3 hierarchy levels. The first level classes are: artificial surfaces, agricultural areas, forests and seminatural areas, wetlands and water. The second level has 15 classes and the third level 44 sub-classes. The raster dataset has an additional fourth, national class in some of the sub-classes.

SYKE applies Creative Commons By 4.0 International license for open datasets. Data was produced with funding by the European Union. Copyright Copernicus Programme. SYKE has undertaken to distribute the data on behalf of EEA under Specific Contract No 3436/R0-Copernicus/EEA.56936 implementing Framework service contract No EEA/IDM/R0/16/009/Finland. SYKE accepts no responsibility or liability whatsoever with regard to the content and use of these data.

The vector land cover dataset (25 ha) and the change dataset (5 ha) were produced for the European Environment Agency as a part of EU Copernicus Land project for harmonized land cover maps and statistics in Europe. The more specific raster dataset (20 m x 20 m) and the change (0,5 ha) were produced for national use to provide information on Finnish land cover and land use. The datasets can be used in analyses and as background maps. The source material is generally from years 2016-2017. 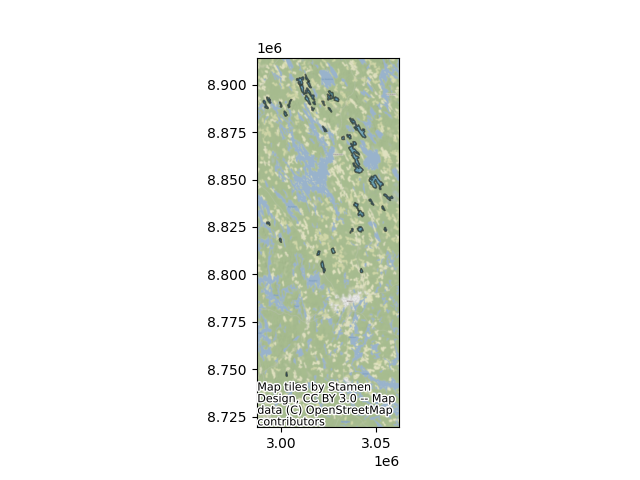