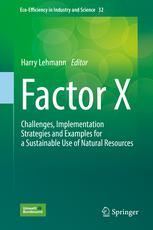 0.0.2 Key Findings on Project Methodology
• Remote sensing: Remote sensing technologies such as LiDAR and multispectral satellite imagery have been demonstrated to be an effective means to generate, spatialize inputs and extract urban form and land cover data at fine scales (down to 1 m). These urban form attributes and data provide the inputs necessary to energy and emission modelling tasks in the building sector and to quantify vegetation emissions / uptake.
• Building-type approach: Type-based modelling methods, data limitations aside, provide an effective means to scale building to neighbourhood energy modelling. These methods also facilitate definition of crucial morphological and performance attributes through which to filter remote sensing data and to scope potential mitigation strategies and scenarios.
• Comparison of measured with modelled emissions: Direct carbon flux measurements on urban flux towers are demonstrated to be a method of validation of fine-scale emission inventories / models. Given the prototype nature of the approach and methods, close agreement between tower measurements and model results in this study is a successful and promising outcome.
• Limitations: While promising, the urban metabolism approach demonstrated has also been necessarily limited in several ways. Only one metabolic aspect — mass balance of carbon, has been considered and measured. The spatial scale and complexity is modest — a 2km square ‘neighbourhood’ of moderate land use and urban form diversity. Out of study area carbon emissions generated in the production of food or consumer goods or the extent of local origin trips has not been considered.