Return to Metabolism of Cities
Beijing 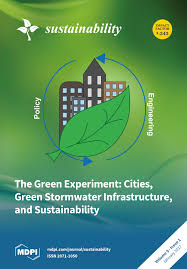 Urban problems—such as resources depletion, environment pollution and waste generation—usually occur during rapid urbanisation processes, especially in mega-urban agglomerations. Finding solutions to sustainable urban development is a global research interest, and urban metabolism is an effective approach to analysing the socio-economic system and ecosystem. In this study, three cities in the Jing-Jin-Ji urban agglomeration in China—Beijing, Tianjin and Tangshan—were selected as study cases. Multiscale integrated analysis of the societal and ecosystem metabolism (MuSIASEM) method and complete decomposition model were applied to reveal the metabolic characteristics and evolutionary trajectories of the three cities from multiple levels and dimensions. Results showed that the metabolic patterns of Beijing, Tianjin and Tangshan were service-dominated, technology and capital aggregation-dominated and traditional industry-dominated, respectively. The evolution of economic efficiency, ecological pressure and social welfare in the three cities were different because of the stage of urban development where they were located. Tianjin and Tangshan showed positive correlations between economic growth and energy consumption, whereas Beijing demonstrated a more neutral correlation. In the future, issues—such as overpopulation, labour shortage and low efficiency of energy and labour—are likely to be the key factors that impede sustainable development in the three cities, respectively. Several policy implications were raised, including the combination of population dispersal and competitive industry relocation policies for Beijing, attracting young labour in the short term and transforming the economic growth patterns in the long term for Tianjin, and industrial upgrades and technical innovation for Tangshan.