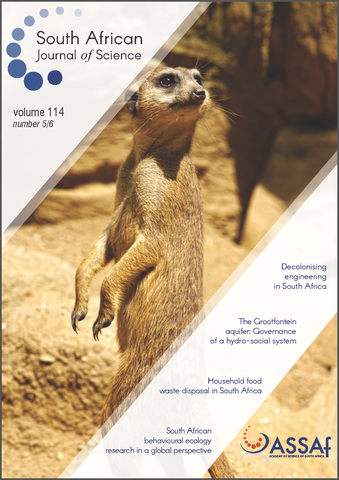 As a major urban centre, the city of Cape Town possesses a large reservoir of in-use copper. As the metal's uses become obsolete, the copper will gradually become available for re-use, should that prove technically feasible and economically desirable. To evaluate this resource, we identified the principal uses of the metal in the city and its surroundings, quantified them, and estimated their in-use lifetime. We used this information to estimate in-use stock at about 110 Gg (110 million kg) copper and to predict end-of-life flows for several decades into the future. A model, using geographic information system (GIS) software, was developed to assess contemporary stocks spatially and to predict future stocks according to selected uses. The largest stocks are in the area formerly administered by the Central Cape Town municipal council, that is expected also to be the principal copper reservoir in the future. Impoverished areas turned out to have higher spatial densities of copper than wealthy suburbs, because of their high-density housing. The total stock of in-use copper in Cape Town today appears to be less than 1% of South Africa's mineral reserves of the metal, but its recovery and re-use appears to be justified because of its relatively low associated environmental cost. We conclude that if all end-of-life copper is reprocessed, rather than discarded or transferred outside the region, it could supply up to 60% of Cape Town's copper demand over the next three decades. 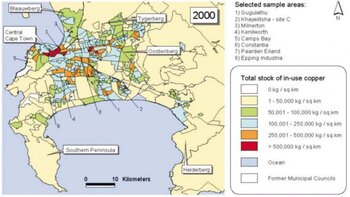